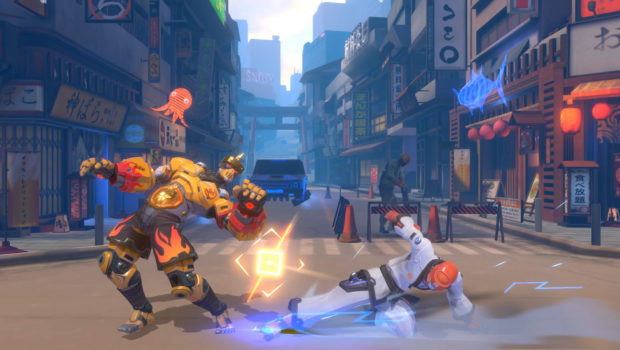 Next Studios, publishers/developers of the Metal Revolution fighting game, are now looking for participants for an upcoming closed beta on the PC. What is Metal Revolution you ask? Take a look:

Metal Revolution has been on our radar for some time now and from what we have seen of this title, it certainly has the potential to be an amazing 1 vs 1 traditional 2D fighting game. The aesthetics definitely remind us of Rising Thunder with its use of robotic challengers and similar coloring. How it plays though definitely remains to be seen.

So far we do know that Metal Revolution will be available on Steam. An official page has already made its way on the platform with details about the fighting game which includes system mechanics and game modes that will be available at launch.

For those who are interested in potentially spending some hands-on time with this new title, the first thing you need to do is sign-up with Discord and add the official MR Discord server to your account here. Once you have done that head here to sign-up for the closed Beta, and hopefully you will be one of the chosen few who get this opportunity.

We certainly look forward to getting hands-on with this title and you can without a doubt expect a first look if we do!