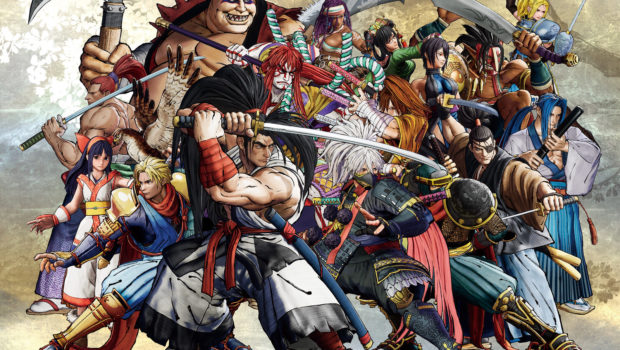 After 14 years, a legendary series makes its official return today in the form of a new reboot on the PlayStation 4 and Xbox One console:

A prequel to the original game in the series, Samurai Shodown has returned bringing with it 11 original characters from the first game, some series favorites, and 3 new cast members for a new generation of 1 vs 1 traditional weapon based combat. Samurai Shodown is a game where one wrong move can mean instant death and as such, it stands apart from your average fighting game that relies heavily on attack combinations to one up your opposition.

Online modes features a 10 player lobby with a spectator mode included , ranked, casual matchmaking modes that allow you to play other game modes while the game searches for an opponent for you to fight against, and a special AI mode that will let you practice against the CPU variant of another player potentially cluing you into a players tendencies.

Purchasing this title, which retails @ $59.99(Season Pass 1 free for a limited time on PSN this week. Thanks to Wario64 for the tip), will net you season pass 1 DLC that includes 4 additional characters if you purchase the game before June 30th. The 4 characters have been revealed and are all returning cast members:

As always, we have created an official page with details that include purchasing links, fighting game features, and more. We are elated to see the return of this once very beloved franchise and hope that more will enjoy what this title has to offer in the coming months.