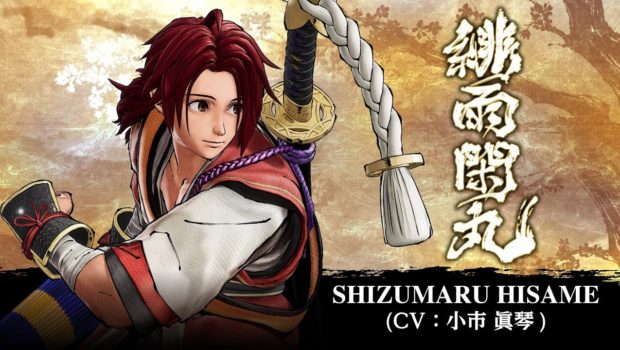 Protege of Hoamaru and protagonist of the third entry in series, Shizumaru follows much of his masters methods but in his own way as he utilizes his umbrella for both long and short ranged attacks alongside his sword used for his special anti-air and up close attacks.

Shizumari’s return should certainly bring some much needed excitement to the reboot when he arrives at the beginning of next week on the 16th!!

Samurai Shodown is now available on Xbox One and PlayStation 4 with the Nintendo Switch version due to arrive some time this winter.