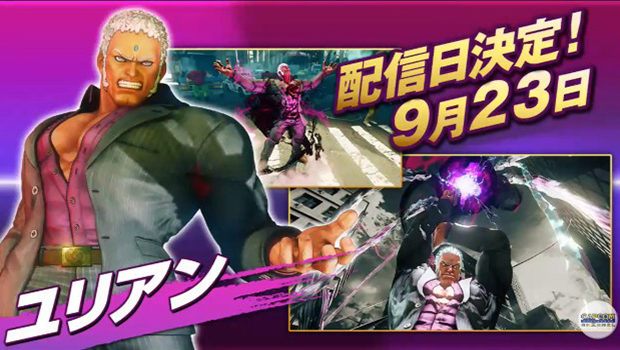 Update 09/16/2016 10:08pm- A new blog on Capcom-Unity has arrived giving us more details about what was announced during the stage show. Check out the full breakdown here.

Urien will be arriving next week on September 23!! Because things are being presented in Japanese, there a still a few things that we cannot confirm such as the additional updates that may be coming in with the latest DLC character release.

Another surprise revealed new Stage K.O. transitions would be making their way to Street Fighter V as well. At the moment “bustling side street” is the only stage that has this feature so it is good to see that players will get to enjoy more of this in the future.

We will be posting up new details as they arrive so be sure to check back with us!!