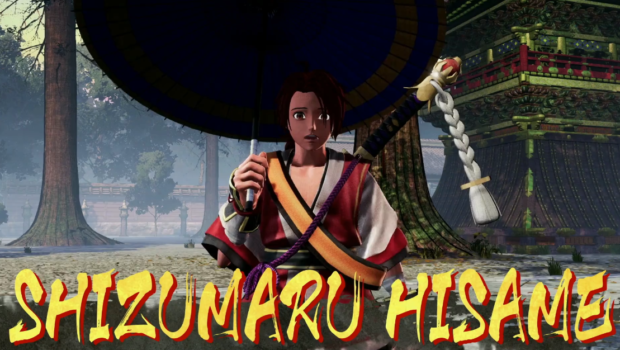 Shizumaru Revealed As Season 1 Character And More For Samurai Shodown!

During a break at EVO 2019, SNK revealed a very anticipated trailer for Samurai Shodown:

It would seem SNK was hiding a secret as they revealed Shizumaru would be coming to Samurai Shodown as another free Season 1 character. From the start,  it was understood that we would be seeing a DLC character periodically with Rimururu starting this month in August but the next character,which was Basara, was expected to arrive in October. To our surprise, Shizumaru will be the next character to arrive in September!!

Originally introduced as the main protagonist of Samurai Shodown III, Shizumaru utilizes his trusty umbrella for many of his attacks though the use of his sword is certainly not to be forgotten. We were certainly excited to see his return but the surprises certainly were not finished. It has been confirmed that based on a popularity poll bow wielding heroine Mina Majikina is one of the first characters who will return as a part of Season 2!

We are certainly glad to see the continued support from SNK and look forward to getting more details about upcoming cast mates. Samurai Shodown is now available on Xbox One and the PlayStation 4.