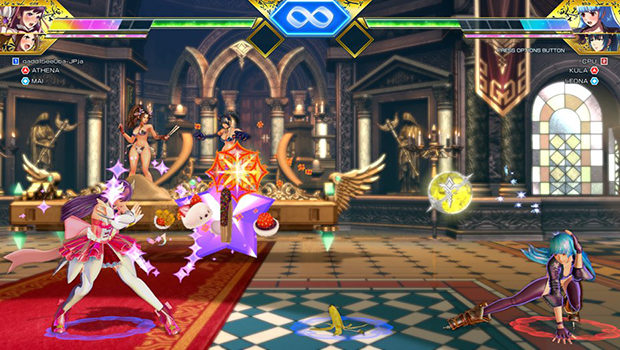 The SNK all-star female brawler has officially come to the PC via Steam for digital download:

SNK Heroines Tag Team Frenzy sees SNK taking a few risks by adding 2 vs 2 tag team gameplay with special air dashing movements and quirky customization among other features.  Characters like Shermie from The King Of Fighters 97 and a female version of the legendary Bogard make up a pretty colorful cast to choose from. There are also 4 additional DLC characters which you can add that include Jeanne from World Heroes, and guest character Thief Arthur, from the upcoming  Million Arthur: Arcana Blood. You can grab the DLC separately as an upgrade pack or as a full set with the deluxe page(all 15% off at the moment).

We have added a purchasing link for steam to our official page where you will find some additional details.