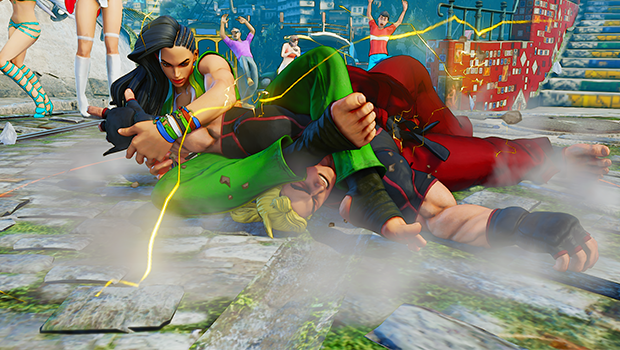 Update 12/18/2015 9:02pm- The SFV 3rd beta should be live with Zangief now unlocked!! It may take a while before you connect so just keep that in mind. Make sure to follow the SFVserver on twitter for updates!!

Another Street Fighter V Online Beta is happening just in time for the holiday!! As with the last official beta, both PC and Playstation 4 players will be able to participate!!

The beta will start with six playable characters:

Dhalsim and Zangief will both become available later during the beta period and possibly other characters as well.

There will also be some additional features added this time around that include, Casual match, Capcom Fighters Network, and Battle Settings!!

Don’t be surprised if you end up going against the mighty Combo Fiend as he plans to be among those participating in the beta !!

The Schedule information will be as follows: