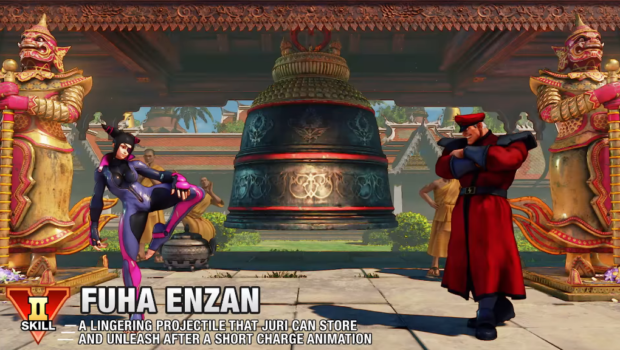 Update 12/11/2019-  Capcom has released an introduction to Kage’s new v-skill which you can find below with the rest of the revealed cast.

Just a few moments ago Capcom revealed Alex’s 2nd v-skill introduction, we have added it below to the rest of the list.

Capcom has now added the 2nd v-skill introductions for Blanka, Cody, and Poison. We have added them to the rest of the cast below for your viewing pleasure.

If you haven’t been on Capcom’s official Street Fighter Face Book page, then you may have been missing out on some quick character introductory videos for the new v-skills.

So far Gill,Ken, Ryu, and, just recently, Juri, has been showcased with a short clip of their second V-Skill attack and how it can be utilized.  We’ve compiled them all here and will continue to update the page as a new one releases.