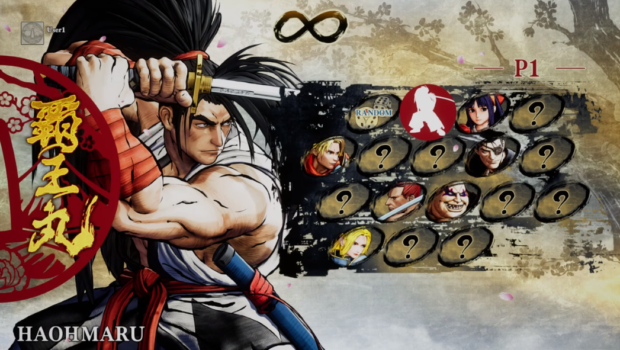 Since our original post, we have received some factual information about our initial observation of the 44-minute clip in regards to many of the new and newish mechanics that are featured in the new Samurai Shodown game. Because of this, we have decided to edit our initial findings with the information that we have gotten from pro-player Long Island Joe who also got the opportunity to play the demo ahead of its Pax East showcase. A full breakdown can be seen on his official twitch channel.

We have taken some time to look over the 44-minute gameplay demo footage provided by Gematsu and while we still have a ton of questions about what this latest title in the franchise has to offer in terms of mechanics, we have gotten a small idea of what to expect when we officially get hands-on.

Our initial take on the gameplay has us pretty excited about what’s to come. For the most part, the new Samurai Shodown has definitely gone back to its roots, heavy attacks cause serious damage, and players have to be careful about how they approach compared to other traditional fighting games.

Many system mechanics we have seen from the series in the past are making their return like the clash system:

One of the few times where button mashing is encouraged, the clash system is a small mini-game that rewards you an advantage by disarming the opponent. The opponent then has the arduous task of trying to regain their weapon while still having to deal with you at the same time. It’s unclear if mechanics like weapon catching are going to be apart of the title. Hopefully, we will find more footage seeing this in action later on this week.

The dodge mechanic has also made its return to the series:

Originally introduced in Samurai Shodown 2, this will allow you to quickly evade any incoming attacks and can lead to a possible follow up depending on the strength of the attack your opponent uses.

There seems to be a new defensive mechanic being introduced in this title that operates like a just defend, a well-known mechanic of Garou Mark Of The Wolves. We noticed that it is identified by both a bright flashing effect and a specific sound:

We have come to find out that a new super mechanic has been added which can be activated once anytime during the round but can only be used once per match. It does not require any sort of meter or special condition to activate and does major damage to the opponent:

If you have watched the last two trailers, you have probably noticed this activation, in particular.  You may have also seen the tail end of Nakoruru’s as well:

Speaking of meter, there does seem to be a super move activation that requires it in this game like the titles before it:

This leads us to our final breakdown which has to do with the return of the aforementioned Rage meter. The Rage meter has been around since the beginning of the series. A player must take damage in order for the Rage Meter to grow and once it hits its maximum, your damage potential increases along with the ability to activate what we at least know to be three special occurrences.

The first is for the normal super move we showcased before; the second is a rage activation which works similar to the one found in Samurai Shodown 5 Special known as Rage Explosion. This creates a count down timer that shows the meter starting to dwindle away. During this activation, a player can do a special super move which leads to a special cut scene:

The last thing we noticed was during a situation where an incoming attack was about to clearly connect when the player initiated the Rage Activation(might want to slow the speed down for this one):

This looks to act like a mechanic similar to Guilty Gear which is known as a burst. If you activate the Rage Gauge during a round, it will no longer be available to you for the rest of the match. This will definitely be an important part of the game as you will have to decide whether it’s better to hold on to the meter for the next round or use it to win or make a comeback.

That is pretty much it for now. As you can see, we are overly excited about the return of this series and things seem to be coming together for this title which is only just a few months away from an official release date!!