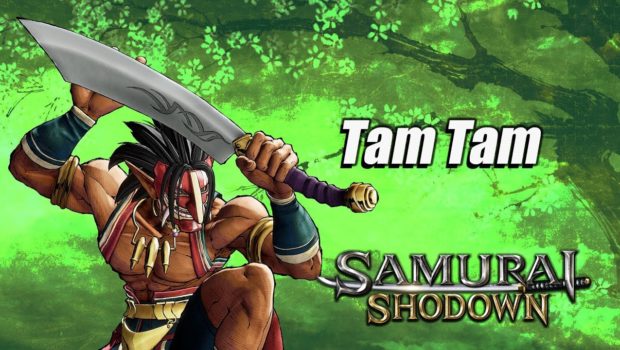 SNK has just released a new character showcase for their upcoming Samurai Shodown reboot marking the return of one of the wildest characters ever conceived in a fighting game:

Introduced in the first Samurai Shodown, Tam Tam may seem like an unorthodox character especially when seeing his special moves in action but there certainly seems to be a method to his madness. Though he is one of the more slower moving characters in the game, his access to ground, air projectiles, and a pretty impressive mid-range basic attack can make him quite the formidable foe in the right hands.

Tam Tam will reunite with many of his original cast mates when Samurai Shodown releases this month on June 26th for the PlayStation 4, and Xbox One console.