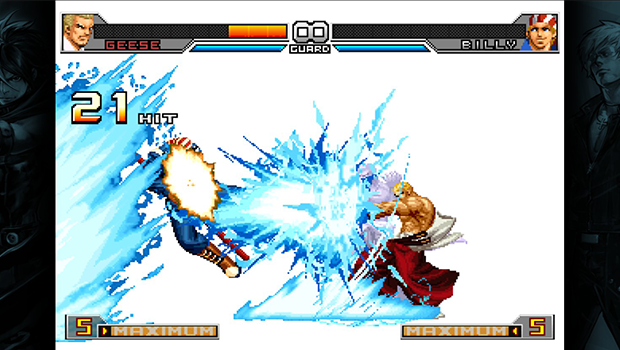 The King Of Fighters 2002: Unlimited Match is now available on Steam for digital download!!  This classic title gives you a record breaking 66 characters to choose from which include familiar KOFXIII characters K’, Kula, and Maxima who were introduced after KOF98.

A lot of the game mechanics found in KOFXIII come from KOF2K2UM so if you’ve taken a liking to KOFXIII you might want to find out what 2K2 has to offer. You will also discover move sets that were lost in the newer KOF franchises like Terry’s hard hitting power dunk!

We have officially created a new page and have also added it to the PC Games section. For more information on characters and system mechanics, check out Dream Cancel’s KOF2k2UM wikki.