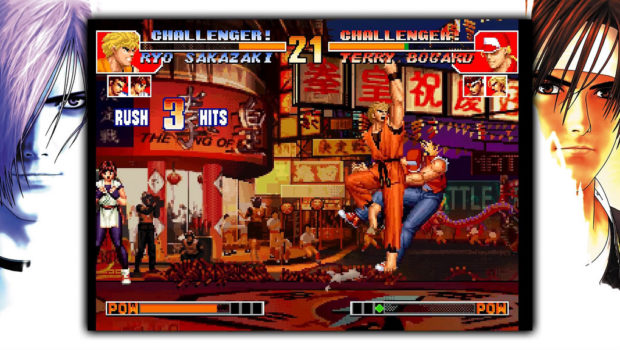 Another SNK classic has received the remastering treatment!! This time it’s The King Of Fighters 97 the latest revision of the game titled Global Match:

Once again, developers Code Mystics have come on board for this latest remaster adding online gameplay which includes matchmaking, a special art gallery mode, and an option to play your favorite background music so that it plays when you are in the games menu.

The King Of Fighters 97 is certainly regarded as one of the best games in the series. It was the first to introduce the advanced and extra mode which gave you an option of selecting 94’s or 96’s game mechanics for your team. This also marked the ending of the Orochi blood storyline and brought popular Fatal Fury 3 characters Ryuji Yamazaki and Blue Mary into the KOF universe.

The $14.99 retail price will net you both the Playstation 4 and Vita version of this title and is also cross-play compatible online. A steam version is incoming but nothing has appeared on the retailer’s storefront at the moment so keep a lookout. We have added an official page to FGO with additional details and purchasing information!!