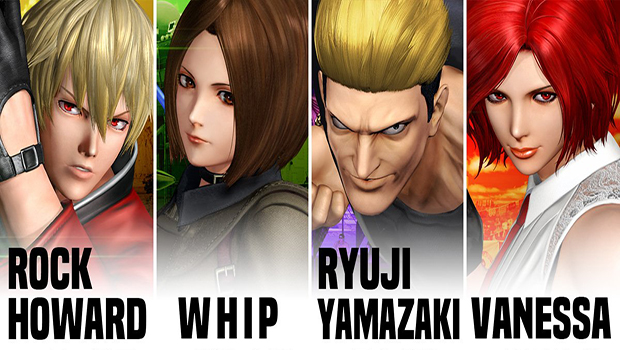 The latest update for The King Of Fighters XIV is definitely surging with content as additional features and new DLC are now available for download!!

First and foremost, 4 new DLC characters are available for purchase each character retailing at $5.99 or $19.99($17.99 discount for Plus members). Whip, Yamazaki, and Vanessa are making their much wanted return to the series while Rock Howard makes his official debut!!

The latest update also receives some free DLC as well which includes a remake of the transcontinental rail road stage from Fatal Fury 2 and 4 remixed classic BGM tracks that fans of the franchise are sure to enjoy.

Lastly, some new features, fixes, and balance changes for the entire cast will be released in this definitive update that includes additional options for training mode, netcode improvements, and minor bug fixes.