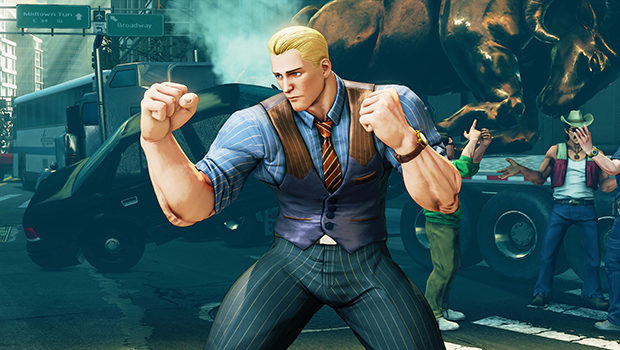 By now, you may have already seen the gameplay for the new mayor of metro city, or as we affectionately know him Cody:

Originally introduced in popular beat’em up Final Fight, also known as Street Fighter ’89, Cody’s first Street Fighter incarnation was in the 3rd Street Fighter Alpha game. His latest return to the roster has him now doing a complete 360 as he dawns a new title and a very snazzy look to boot.

So far we know Cody’s V-Skill will be his Final Fight signature spinning double kick which will cover both sides in terms of attacking though it can also be used as a combo ender as well. Cody’s first V-Trigger utilizes his signature knife increasing the range on his normal punches and making them a lot safer on block. He also can still throw the knife and access it once again after its thrown any time during the active trigger.

His second V-trigger gives him access to a pipe, another signature from Final Fight, which will also give Cody access to an even better range with his punching normal attacks. He also gains access too projectiles as well one of which allows him a nice meaty setup after knock down.

While this all sounds great on paper, the real test will come on June 26th where fans will finally be able to get their hands on Cody and enjoy his presence within the Arcade Mode’s timeline as well!! Additional details can be found on the Capcom Unity blog post here.

Street Fighter V Arcade Edition is now available on the Playstation 4 and PC.