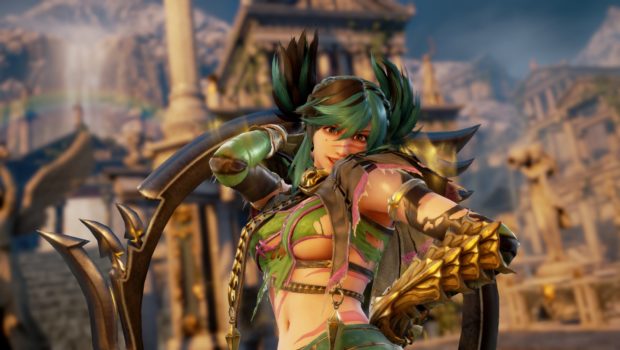 Gamescon 2018 is underway and as expected, new reveals are are coming in as a result with Soul Calibur 6 joining in on the fun with two new trailers!!

Tira, who made her first appearance in Soul Calibur 3, is returning as a DLC character based on the description used in the trailer. Her special weapon seems to give her a mixture of up close and mid-range attacks. Coupled with her quick movement, Tira can definitely be a potential threat in the right hands.

In addition to the latest character trailer, Bandai Namco also revealed a second trailer which features a new story mode including the return of a fan favorite, character creation!!

The trailer also reveals an unknown character who looks to be the main antagonist of this new storyline in the series. It will certainly be interesting to see what he bring to the table once more information is released.

More reveals are sure to come at a feverishly fast pace as we draw closer to the October 19 release date so be sure to stay tuned for more info!!! Soul Calibur 6 will be coming to PlayStation 4, Xbox One, and PC via Steam!!