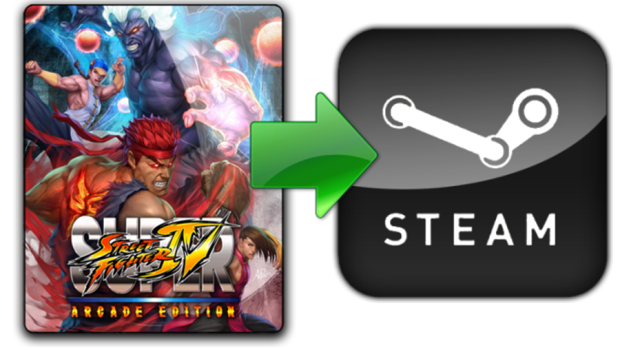 Combofiend has announced the Game For Windows Live transition to Steam client will be on May 30th. Detailed information about what will take place can be found on his blog at Capcom-Unity.  The way that you originally purchased SSF4IV:AE will determine the steps that you need to take in order to transition. Essentially, there will be a prompt for you to transfer data from GFWL to the Steam client as soon as you start up the game. For those who have purchased the game through GFWL or other physical retail vendors,  you can find the information on how to transfer your product key to the steam client below.

SRK is reporting that Street Fighter IV: AE PC edition can now be added to the Steam client through the product key. It’s as simple as going to your Steam library, clicking on add a game(should be in the lower left hand corner of steam client), and choosing “activate a product on steam”.  For those who haven’t been following, Games For Windows Live is scheduled to shut down on the 1st of July 2014. SSFIV: AE are just one of the many titles that are apart of the multiplayer online service.

For some time many have been wondering what would become of SSFIV:AE and we now have an answer. The switch over to the Steam client is most likely in direct correlation to the upcoming Ultra Street Fighter IV update that will be available on August 8th. There is a sale

going on at Amazon.com for the digital PC version of SSFIV:AE  so if you haven’t yet purchased the game and plan on getting the upgrade, now is a great time to do so. The updated version of Ultra Street Fighter will retail at $14.99 while the full version will retail at $29.99.