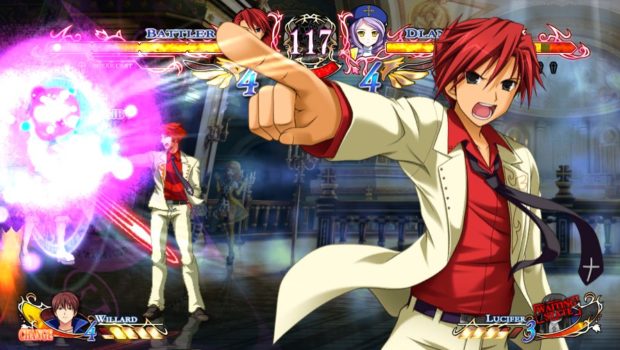 Every once in a while, a fighting game that adds online multiplayer support passes our radar, and Umineko: Golden Fantasia happens to be one title that definitely did.

Based on a popular Japanese visual novel, Umineko: Golden Fantasia is a traditional 2D tag team fighter on PC via Steam featuring various characters from the series in a 2 vs 2 crossover that certainly sets it apart from other fighting games with its unique set of cast members. The game’s online multiplayer features roll back technology by the mind behind CCCaster a netcode that has been used in very rare and underappreciated fighting games on the PC.

We have created an official page for this title which features additional information that includes a purchasing link and a discord community. Recently, Umineko was introduced as a title for AnimEVO this year which is what tipped us to the existence of this title in the first place.