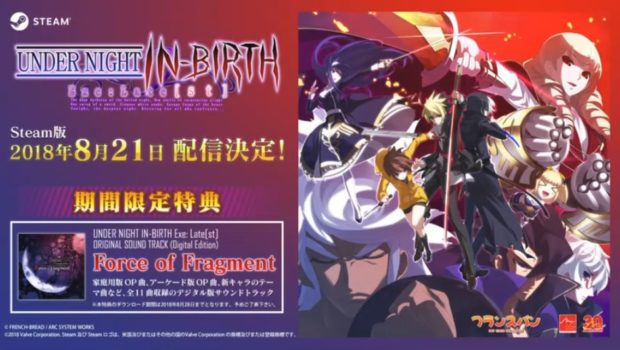 The title you see above is not a typo. Under Night In-Birth Exe: Late[st] will be making its way to the PC via Steam and it already has a release date!!

Released on PlayStation 4 and PlayStation 3 in February of this year, unielst will arrive on the PC next month on August 20th!! An official Steam page has already been created but no retail information has been revealed. This update of the original fighting game that started out in arcades will come with new modes that include a tutorial and an extended story mode.

We are certainly excited for fans of the first PC title as it looks like they will not have to wait much longer to get their hands on the latest offering!!