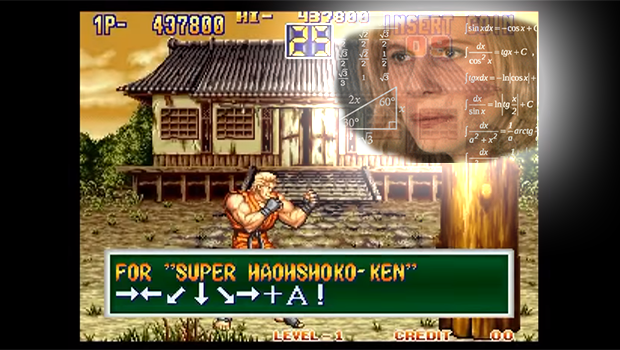 It’s fair to say the majority of our video gaming experience starts with the single player experience. Within that experience, the main objective is usually to play the game to its completion but during this journey something magical tends to happen. The more we progress along in the game, the further are ability to traverse what is often a shaky landscape becomes easier. The same can certainly be said when it comes to the single player experience for fighting games but as I have learned in my 20+ years of playing them, that is not where the magic really takes place.

The multiplayer versus experience is, to put it lightly, an interesting one. Playing to win is a term that you will often hear among the seasoned veterans of this very beloved genre who often echo a competitive drive as a chief reason for their overall enjoyment and satisfaction with playing. While that may ring true for some, it certainly does not for everyone and like most things in life this creates a difference of opinion.

One of those opinions grabbed my attention in a video that ultimately addressed playing to win versus playing for fun.

While the biggest take away for me was that playing to win and playing for fun were inherently one in the same, I am of the belief that we ultimately have different views on what we consider to be fun. Thinking about this further I am reminded of the old adage: “It is not how you win or lose, but how you play the game”.  How you play the game is a very important component of what makes a game fun and as one of the main points in the video expressed trying to win is certainly more fun BUT trying to win in an environment where you may be constantly losing is by no means fun in my book…its frustrating. I believe this to be the reason why most put down the controller not to long after picking it up but I also believe that it is not just because their losing, rather, its the way they are losing.

With that being said, the question then becomes, what can developers do to make the experience a little more engaging and less frustrating and something in this video made the answer so obviously clear, better game design. It was this example that got me thinking about what fighting games have really been lacking since the beginning. Look up Super Mario Bros. first level game design using Google and you will find a massive amount of write ups and videos breaking down the science of how the game developer successfully taught the player to play without the need of a tutorial by strategically placing most of the game’s mechanics in the first level.

In fighting games, we often tend to get thrown in the ring against the AI with nothing there to guide our intuitions. Sure we pick up on patterns and character traits but fighting games consist of so much more than this especially after we step into the versus arena. I believe to combat this issue developers need to reinvent the single player experience in a way that truly shows the player how to play the game and not just leave it up to a few minutes of gaming tutorials.

There were so many early indications of the developers moving in this direction. For example, bonus stages in the Street Fighter series showed signs of helping the player master new mechanics but these were few and far between. It is my feeling that while more new single player content for fighting games is certainly a great way to generate interest it will ultimately not keep players active in the overall experience. We as a community can without a doubt teach players new to the genre how to play, in fact, just recently fighting game network Cross Counter TV is rolling out a new training series for fighting game players that does just that but in my opinion the work should not solely fall on them. Fighting games have such an enriched amount of  depth within its design that even if developers were to improve the single player experience in a way that was more conducive to teaching players to win, there would still be great need for community content, that much is apparent.

Enjoyment conclusively falls on the player. The fact remains that there is fun to be had in a challenge and multiplayer accessibility can certainly push this experience further in some amazing ways. I would like to see more players enjoy the fun that fighting games have to offer and I believe this can happen by designing the single player experience in such a way that will develop a better level of understanding ultimately making the multiplayer experience just as appealing.