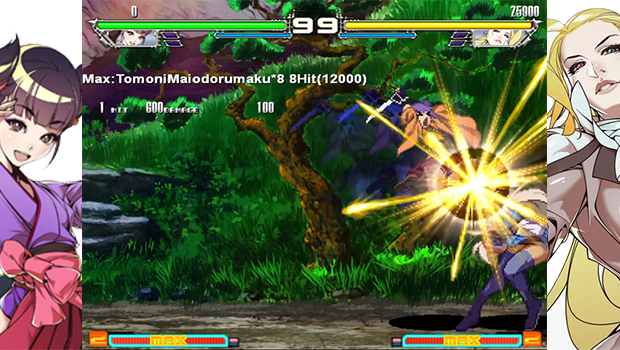 Some information on the indiegogo campaign page for Yatagarasu: Attack On Cataclysm has recently been posted with an update for backers of the game.

With the Arcade version release of AOC coming on February 12th, the team assures backers that they are focusing their full time on completing the PC release of the game. In the meanwhile, they are expanding beta access to $10+ backers which will be distributed at the end of the month.

When we first got a hold of the Beta last year, the development team was still working on implementing the GGPO netcode as well as adding finishing touches for the games final release. The beta version offers the newest cast members and a few small changes to the rest of the characters as well.