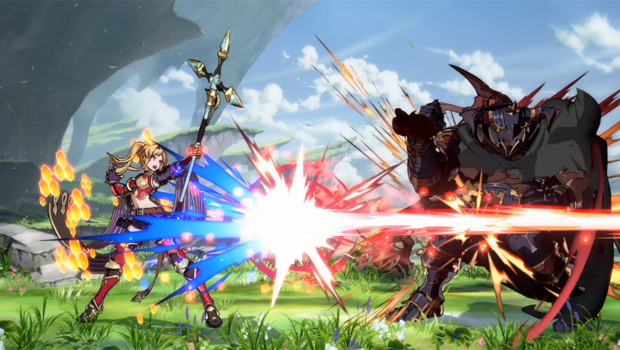 Cygames just recently released a new trailer revealing what we believe to be the final two launch characters for Granblue Fantasy: Versus:

Zeta utilizes a special spear that can seal primal beasts. Her attacks are said to be in the mid-range which will most likely make her a very strong character when it comes to playing in neutral. Vaseraga, who happens to be Zeta’s partner, uses a Scythe which requires him to be more up close and personal relying on a more aggressive style of play.

The final two characters for Granblue Fantasy: Versus would bring the final launch roster to 11 playable characters though we do believe there will most likely be more to come in the form of DLC. It would seem all the pieces are put together for this upcoming title which launches on  February 6, 2020 on the PlayStation 4, and we certainly think this fighting game, in particular, has a chance of doing very well when it releases.

For more details on Granblue Fantasy: Versus, head to the official website.