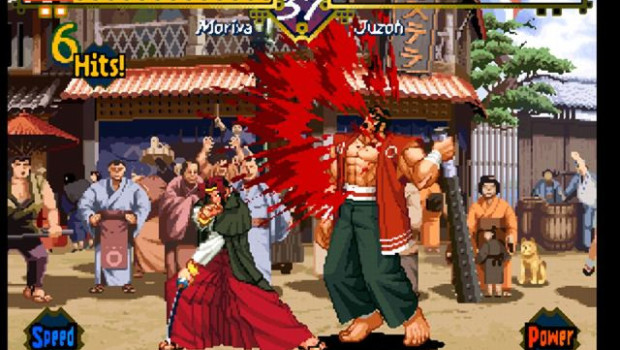 Update 12/7/2015 1:44 PM- We have received some more exciting information about the upcoming release for Last Blade 2 on the Playstation 4 console.

In addition, Sanders has also confirmed that LB2 will be cross-platform compatible across the Playstation 4, Playstation Vita, and Playstation TV!!

Of course questions still remain as to if the game will be input delay or roll back and which version of LB2 will be used as well. We will continue to keep you updated as things progress so stay tuned!!

While we’ve been a bit preoccupied with the latest current gen fighting game titles, it would be remiss of us to over look the announcement of the classic sword fighting game Last Blade 2 coming to Playstation 4 and Vita!!

Apparently this upcoming release was a part of the #BuildingTheList campaign an effort created by the 3rd party production team over at Sony to bring classic gaming titles to the Playstation 4.

There were some clues as to the possible return of this franchise after publisher SNKplaymore re-registered the trademark of this classic a few weeks ago!

So far we know that Code Mystics, the team behind Killer Instinct 1 & 2(on Xbox One) and The King Of Fighters 98 and 2002(on Steam) will be the programmers behind bringing this title to console which hints at the possibility of it having mutliplayer online compatibility!!

For those interested, Last Blade 2 can be played online through the Fight Cade app on PC.