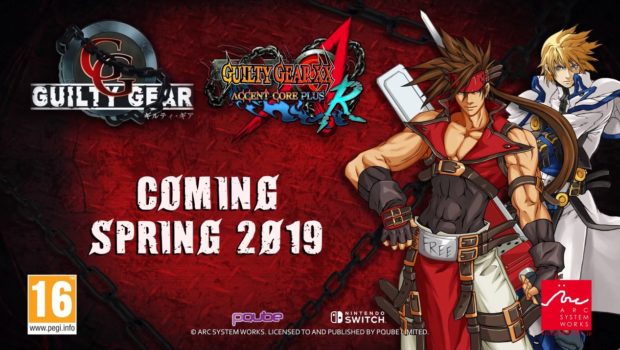 PQube games, the developers responsible for porting many Arc System Works titles over to the PC, have just released a new trailer on their YouTube channel announcing the Guilty Gear 20th Anniversary Edition for the Nintendo Switch:

Back in April of last year it was confirmed that Guilty Gear XX: Accent Core Plus R would be coming to Switch but this latest announcement confirms that the original Guilty Gear will also come packaged in this new anniversary edition. A quick look a the description box reveals that players will also have the option of purchasing these two games separately and that PlayStation 4 owners will also have this option available to them as well.

While we are pretty sure GGACR will be getting many of the features that have been available on previous ports of the title, we are unsure about what the original Guilty Gear will get as this will be the first digital offering of the game that only released on the PlayStation 1 console back in 1998.

We be keeping an eye out for the official release date of this digital release so stay tuned for more info.