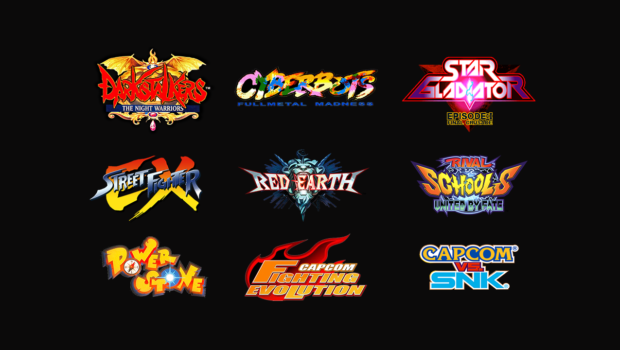 Capcom recently shared a financial brief in which one of its goals was to “utilize dormant IP“. Alarm bells have started to ring very loudly because of this as it could potentially mean the return of titles that have not seen a sequel or reboot in years.

For those who started playing fighting games in 2009 with the resurgence of Street Fighter IV, you may believe that Capcom only had the Street Fighter, and Versus series available for their original IP’s. This is far from the truth and so we created this list of Capcom’s dormant fighting games should any of them rise from the ashes and make their way back for the upcoming generation of titles and beyond: Last Game In The Series: Dark Stalkers 3(released May 1997)

It was a bit of a surprise when Capcom decided to release this IP on their new arcade hardware in 1994 foregoing the return of their biggest arcade hit for a new fighting game that featured characters based on mythical folklore.  It may have just been a strategy to test out the new hardware before putting their most prized possession back into new territory but it ultimately worked out for them in the end.

Dark Stalkers certainly made waves in the arcade scene, but unfortunately would meet its conclusion in 1997 never making its way onto the new arcade hardware. Main characters like Morrigan would appear in cross over titles moving forward but a new Dark Stalkers never materialized with only teasers taking place during the return of the Street Fighter series in 2009.

If any game in this list has a chance of returning, it will most likely be Dark Stalkers. In terms of activity, Dark Stalkers is probably one of the more played titles outside of Capcom’s two biggest fighting game IP’s and its community has been the loudest in terms of wanting a reboot of the title. It was the only title on this list to get an official remaster which at the time was thought to test interest in seeing a revival of the series.

With eSports being one of Cacpom’s new initiatives as a company, it’s hard not to think of Dark Stalkers as the most likely to return given it already has a fairly large community that still plays the last title in the series competitively at major events. A spin-off of an original beat’em up, Cyberbots certainly offered a new experience to the genre with a different style of combat that focused less on combo strings and more on long range attacks and heavy movement. Outside of the main protagonist’s appearance on the Marvel Vs. Capcom series, Cyberbots never received a proper sequel.

One would never say never but we don’t believe this title had the fanfare that would make an argument for its return. It certainly could materialize into something epic with the right producer and director at the helm but even then it could be re-envisioned as something other than a traditional fighter. Capcom’s first attempt in 3D, Star Gladiator was unfortunately a very big miss. Though its character design and models look amazing for the time, it’s ambitious design stifled its performance making it very off putting for those looking for the same experience from its major competitors. A sequel did come in the form of Plasma Sword  and though the title did receive a lot of positive feedback, there was never a 3rd follow up.

Our guess is no as we believe the title never quite had the fan fare compared to other fighting games in Capcom’s library. It could certainly generate some interest if it were to return but with so little history, it is hard to make an argument for a reboot. No doubt an effort to capitalize on the growing popularity of 3D, Street Fighter EX was released in Arcades around the same time as many other titles barring the Street Fighter name in 1996. Unlike other titles under the Capcom umbrella, the EX series was not developed in-house but through Arika with the company maintaining rights to the original characters created throughout the series. The EX series would receive three official titles meeting its conclusion in 2000 never to return.

This really depends on a few factors the biggest one being the original developer Arika. Just last year, Arika released Fighting EX Layer a titled that featured all of the original cast members introduced in the EX series. From what we gauged FEXL didn’t quite have the fanfare that Arika would have hoped for but if Arika and Capcom were to collaborate once again for another Street Fighter EX, this could in fact breed better results. Released before Street Fighter III, Red Earth would be the first title to utilize the new CPS3 hardware in 1996. This fighting game, in particular, only featured four playable characters with the rest acting as CPU opponents. Red Earth did not quite have the same affect as Dark Stalkers as it did not make it into many Arcades, and never saw a sequel or upgrade of any sort.

Given just how little people know of this arcade title chances are this one may never return but if Capcom is considering shaking things up then Red Earth would definitely be the go to choice as it is the least likely out of Capcom’s fighting games to make a comeback. Last Game In The Series: Project Justice(Released in December 7, 2000)

One of the few 3D fighting game titles from Capcom, Rival Schools was definitely an unexpected surprise. It offered something new in 2 vs 2 format that included team attacks and similar game play to the versus series. Rival Schools would receive a sequel titled Project Justice now adding an envisioned 3 vs 3 format with new mechanics.

Though main characters from Rival Schools would show up in various cross over titles, a 3rd game never saw the light of day despite the very warm reception both games received.

We certainly think the return of Rival Schools could be a possibility. The games original director Hideaki Itsuno has always shown an interest in returning to the series. Given the success of Devil May Cry 5, a game he directed, it is possible that he may get his wish but chances are they may want him to work on another Devil May Cry. Last Game In The Series: Power Stone 2(Released in April 2000)

Out of this list, Power Stone is the game that most separated itself from the pack. The free roaming melee style gameplay was a standout during this time period and its free for all combat made it an instant go to for multiplayer couch play. It was also thought to be the birth of a new sub-genre for fighting games coined as arena. Unfortunately, like many games around this time, Power Stone would receive a sequel with no follow-up after.

There have certainly been some rumblings about an interest in bringing the title to the Nintendo Switch from the game producer so we could potentially see a port or a reboot of some sort in the future. If there is one game on this list that fans desperately want to see back, it is Capcom Vs SNK. The ultimate showdown between two very beloved gaming companies certainly made some waves giving us an amazing sequel before fading into the sunset.

The relationship between Capcom and SNK did sour a bit during the development of this title as Capcom unfortunately got the better end of the deal given SNK’s situation at the time.  With SNK doing its best to make a comeback and Capcom doing its best to keep its head above water with the Street Fighter franchise, it at least doesn’t seem like anything will manifest anytime soon.

Many have waited so long just to see a remastering of the sequel so a reboot is definitely wishful thinking at this point. With that being said, SNK has been open to letting companies borrow their IP’s and if Yasuyuki Oda, who worked at Cacpom on Street Fighter IV before coming back to SNK as a producer for The King Of Fighters XIV, can some how bridge the gap, we may just see a return…maybe even another SNK produced crossover. Capcom Fighting Evolution was a heart breaking indication that very dark days were ahead for Capcom when it came to new fighting games. The cross over featured characters from Dark Stalkers, Street Fighter Alpha, Red Earth, and Street Fighter III allowing players to choose two characters to fight with.

The recycling of old sprites and the overall presentation of this title ended in some very harsh criticisms and as you might have guessed, Capcom was reluctant to return with a follow-up.

Given how poorly this game did when it released, we highly doubt Capcom would consider bringing this title back…at least not in its original form. We can, however, see Capcom going back to the drawing board to deliver a new fighting game that may borrow from elements of this long forgotten cross over. 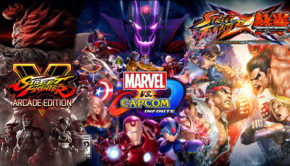 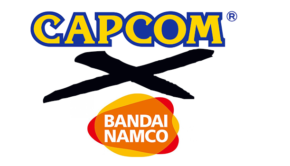 Capcom Enters Into Licensing Agreement With Bandai Namco To Improve The Online Experience!! →