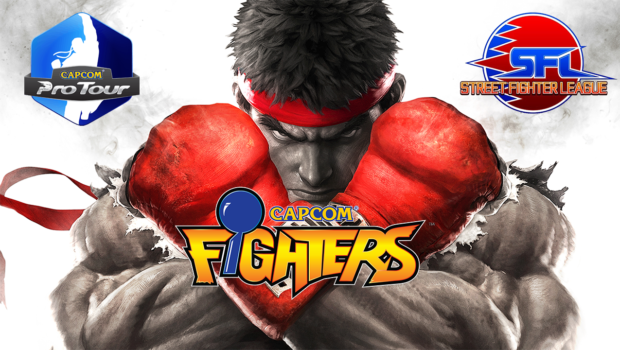 Yesterday, Capcom posted its profits for the fiscal year revealing that their figures have hit record-high for the second consecutive year. Digital sales are sighted as the catalyst in Capcom’s success and there are plans to continue bringing new digital content for the next fiscal year but this is not all.

Capcom also wants to double its commitment to eSports worldwide by growing the player base through running leagues that utilize, and I quote, “Street Fighter”.  Anyone following the latest offering in the series Street Fighter V knows that while it has certainly garnered more support in terms of competitive gaming, it has not had the best roll-out compared to its predecessor with problems that many in the community still feel haven’t been addressed coming into its now 3rd year of being.

Even now, what would have been season 4 of the title has been pretty non-existence in terms of content with costumes being the only consistent thing that has come about since Capcom released their last DLC character Kage back in December of last year. Given the apparent silence that has been resonating from the Capcom camp, one has to wonder what this eSports commitment means for the future of Street Fighter V and the franchise.

We already have a semblance of an answer in the recent Street Fighter Pro League, a competition that started with online qualifiers and is now a team based offline format every week airing on the Capcom Fighters YouTube channel. There is also the confirmed amateur league on the way which is a city vs city competition that is in conjunction with Super League.  It’s obvious that things are set in motion for eSports but is this really going to increase the player base?

I believe Capcom has not put all of their cards on the table and are gearing up for a move that, in my opinion, may be a bit controversial and lead to some pretty peeved off fans who stayed loyal to the company despite the black lash its received the last few years. What am I referring to? Well, you only have to look at Capcom’s intermittent free to play sessions to find your answer.

The most successful eSports titles often share one common thread: they are free to play.  If Capcom’s intended goal is indeed to raise its player base through the competitive eSports model, then it only makes sense that free to play is the next obvious move in that mission to do so. We have already seen the company testing out a special ad modification which saw characters rocking the pro-tour logo on their costumes.

Whether this is the way they’ll ultimately go is only speculation at the moment but their silence on season 4 coupled with them testing out their free to play sessions lead us to only one obvious conclusion: Street Fighter V is going to be free to play. We do believe more additions are coming to Street Fighter V but the delay of content only lends more credence to an overhaul that will most likely see Capcom not only attempting to make amends for its pass transgressions but opening its flood gates to an even larger player base one that could be possible if the free to play model does, in fact, makes it way into the game.