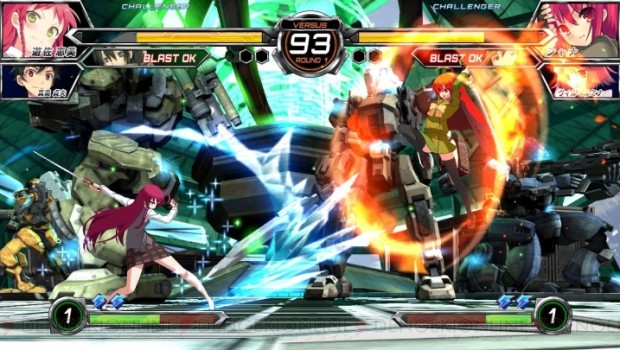 The updated version for Dengeki Bunko Fighting Climax titled Ignition has received an official release date for consoles in Japan. The latest version will be making its debut on the playstation 4 console but there will be a playstation 3 and Vita version as well.

DFCI will be released for the holiday season on December 17!! This comes as quite a shock given the english version of DFC will be releasing just 2 months earlier in October!!

DFCI will feature 3 new playable characters which includes Emi Yusa from Devil Is A Part Timer. It also adds some new game mechanics which specifically seem to be tied into assists and the power up mechanics.

Given this is a brand new release and not an update it will be interesting to see what Sega will have planned for the western release of this latest title. Stay tuned for more information!!