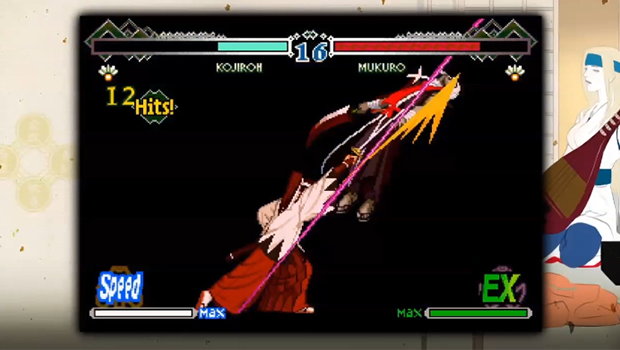 A recent EU Playstation Blog announcement for the release date of The Last Blade 2 on Playstation 4 and PS Vita/PSTV console has revealed some more information about the netcode used for this classic fighting game title.

Based on what developers Code Mystics have revealed, LB2 will most likely be the same input delay netcode that they used in the two King Of Fighters releases on Steam.

Some may be wondering what the developers reasons are for not using the rollback netcode , something that Code Mystics did consider but felt would be an issue for certain players.

“The rollback basically minimises lag from local user input over the internet. However, when you play the game with a friend who lives on the other side of the world you may see your opponent character “teleporting” due to huge online latency between players.”

Teleporting has been one of the biggest complaints of using roll back as it can often disrupt online game play in some strange and peculiar ways. Despite this fact, it is often because high latency between two players is not very recommended in the first place.

While this is disappointing news, if what Code Mystics did with LB2 is anything like what they did with their previous ports, players will have some great options to make sure they have the best experience possible.