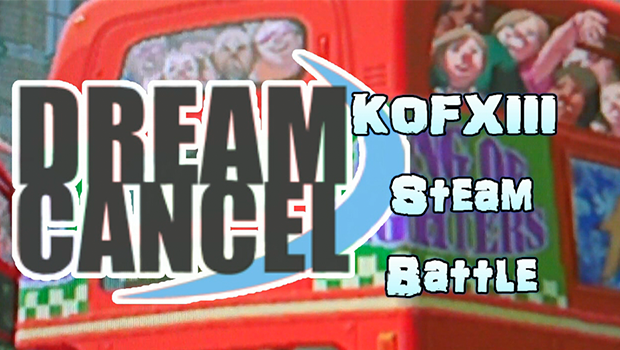 Dream Cancel is hosting their bi-weekly Steam Battle featuring the return of The King Of Fighters XIII: Steam Edition!!

The competition will run from 12pm Pacific/2pm Central/3pm Eastern to 4pm Pacific/6pm Central/7pm Eastern. This is a dream cancel cup qualifying event where you get an opportunity to earn playKOF ranking points by playing other participants in a FT3 set.

If you would like to be apart of the competition, join us 30min before the time of the event in the KOFXIII community group chat on steam.