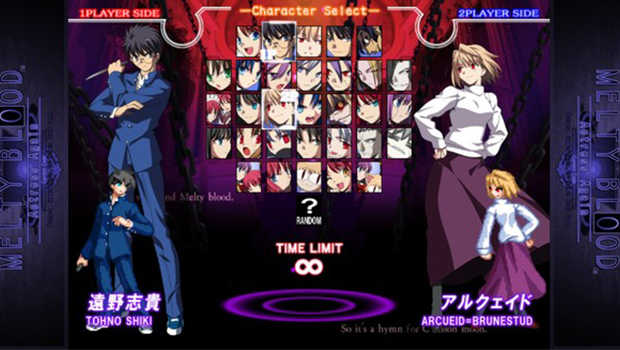 A very rare PC fighting game gem is now available for all to enjoy today on the Steam PC Client!!

Melty Blood Actress Again Current Code is the final saga in the series.  The game was created by the same incredible minds that brought you Undernight In-Birth(coming soon) and Dengeki Bunko Fighting Climax.

You may notice some familiar faces among the characters which come from Type-Moons popular visual novels and anime adaptations.

The steam version introduces a new network mode that features online lobby with spectator mode and a ranked option as well.

We’ve added an official page for MBAACC and will be updating it with more details once we have had the opportunity to play for ourselves.

Metly Blood Actress Again Code will be on sale this week for $19.99 so don’t miss out on this opportunity to grab it at the current discount.