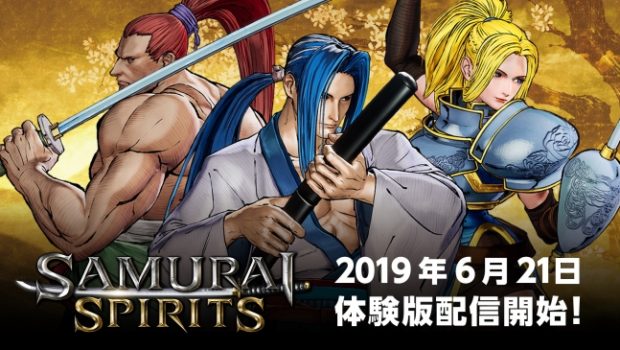 With only 5 days left before the release of Samurai Shodown on the PlayStation 4 and Xbox One, some are most likely on the fence about purchasing this reboot before getting some hands on time with it. Unfortunately, there has been no word of a US demo but JPN, on the other hand, has been enjoying an early demo release. This demo, which was released back at the beginning of June, had one small caveat, it required a PS Plus membership…and sadness of course ensued.

Now, it would seem SNK has released a new demo one that takes away the icy cold grip of the PS PlayStation Plus membership granting anyone interested in trying out the demo free access. We are aware that a similar demo is available for the Xbox One though we are unsure of the regional requirements for that system. The demo let’s you play Genjuro, Charlotte, and Ukyo giving you access to practice mode,and battle mode.

If you have never created a JPN PlayStation account before, it isn’t a big process only requiring that you have an email address and a guide that helps you with inputting the required information.

For more details on imports, we recommend taking a look at our official page. Samurai Shodown will release on Tuesday June 25th.