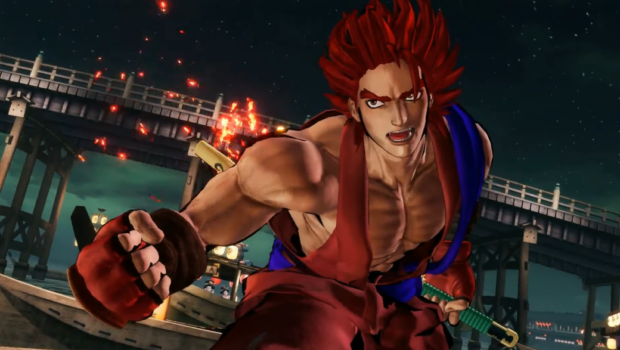 A new trailer released by SNK has revealed the next season 1 DLC character for Samurai Shodown:

Introduced in Samurai Shodown IV, Kazuki Kazama comes from a clan of ninjas that can wield elemental powers. His ability to manipulate fire gives him access to power boosting projectiles, genjitsu body explosions, and a command grab that sets an opponent on fire.  Kazuki will be rejoining his cast mates next week on November 18th and will definitely add some fire to the roster…no pun intended.

Samurai Shodown is now available on PlayStation 4, and Xbox One with the title launching next week on Stadia in addition to a Nintendo Switch version that will be coming some time this year.