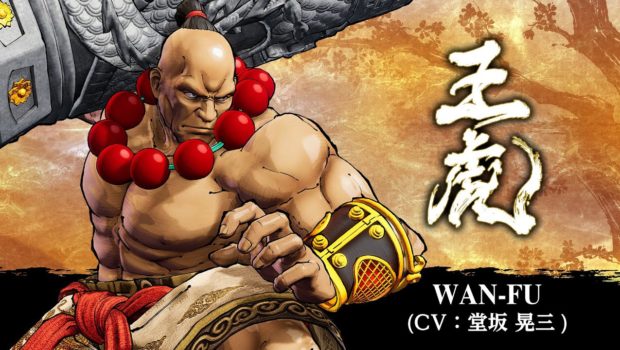 SNK has released a new trailer for the next upcoming DLC character marking the return of an original character from the series:

Wan-Fu  has definitely had a very interesting past in the Samurai Shodown series. Unlike the rest of the cast, Wan-Fu’s weapon of choice has changed three times. Going with the weapon he wielded in the second game in the series, much of Wan-Fu basic attacks land within the mid range with his specials allowing him to throw projectiles from the air and attack from farther distances.

If you’re a fan of Wan-Fu, you won’t have to wait long to get your hands on the returning cast mate as he will arrive in two days on December 18th! Samurai Shodown is now available on PlayStation 4 and Xbox One with the Nintendo Switch version arriving in Q1 of next year.