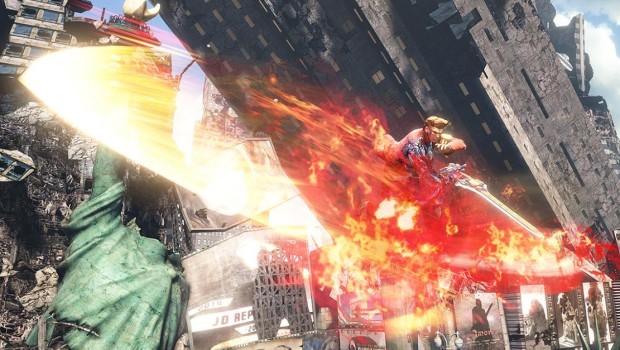 For those of you who missed the opportunity to play the Alpha version of ROI,  you can play the closed Beta when it arrives to Steam on Friday August 8th. You can sign up for the closed beta here. The Beta will run until August 17 giving players more then enough time to acclimate themselves to the gameplay mechanics and characters.

The newest characters introduced at Electronic Expo(E3) 2014 will be available for play and both are pretty interesting to say the least. Brynhdlr a lance wielding motorcyclist and Odin a decorated special forces soldier who controls a giant Mech will make up what is now 6 characters which should make for an interesting time.

There is still a great deal of information left to be revealed such as targeted release date and how Namco Bandai will go about their pay format but for now we can enjoy what this new IP has to offer.