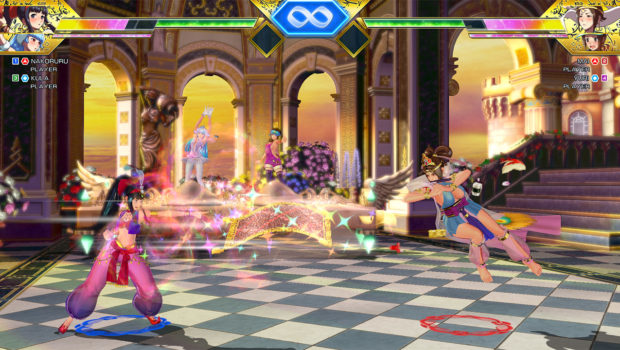 What you are seeing is not a joke. SNK announced their female all-stars tag-team brawler will be arriving on the PC via Steam next week on Friday, February 22!!

Revealed during EVO Japan,  SNK Heroines originally released on both the Nintendo Switch and the PlayStation 4 console. Gameplay mechanics include tag-team assist style elements while utilizing both the ground and air for movement.

Players are also able to customize their favorite heroines which include costumes, itemizations, and even game effects. Of course, online play is also available as well. Additional information can be found on our official page.