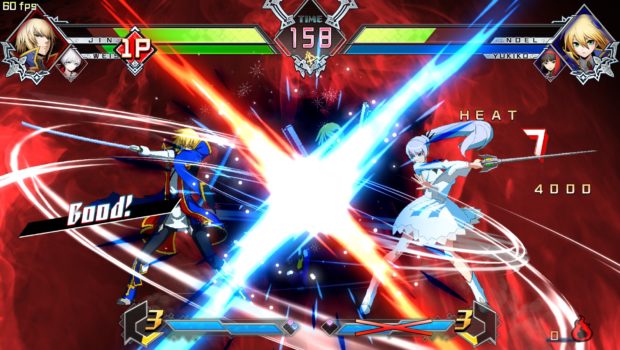 Update 06/06/2018 3:01pm- At the moment, Arc System Works is offering the first character DLC pack for the recently released title free for a limited time. If you already own  BBTAG or have plans to purchase it in the future, do not miss out on this opportunity!!

Probably one of the most anticipated fighting games of the summer BlazBlue Cross Tag Battle is now available at both retail and digital download stores:

Arc System Works first official crossover title brings popular characters from Persona 4 Arena, Under Night In-Birth, and web series RWBY to the universe of BlazBlue in a 2 on 2 tag team assist style brawler that is sure to please fans of the various franchises.

We have added an official page which includes purchasing information, and additional details about this latest title. BlazBlue Cross Tag Battle is available on Playstation 4, Nintendo Switch, and PC via Steam.