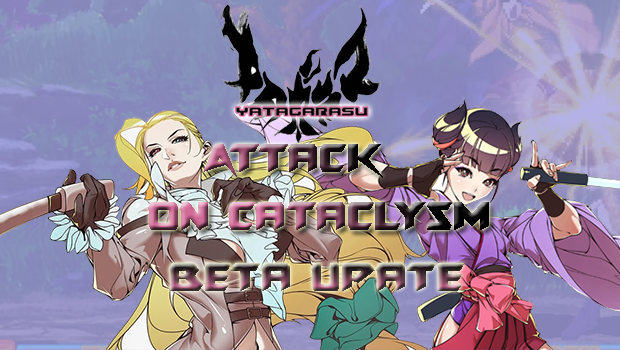 In the early part of December, the Yatagarasu Development team released the Beta Version of Attack On Cataclysm to $40 dollar indiegogo backers. We were fortunate enough to get our hands on the new build thanks to the folks over at Nyu-Media and as promised, we are giving you an update that includes the newest characters and more!!

We are hoping to hear news about the final release soon and will definitely keep you posted once we’ve received new information on the game.  Yatagarasu: Attack On Cataclysm will be available on Steam for the PC.