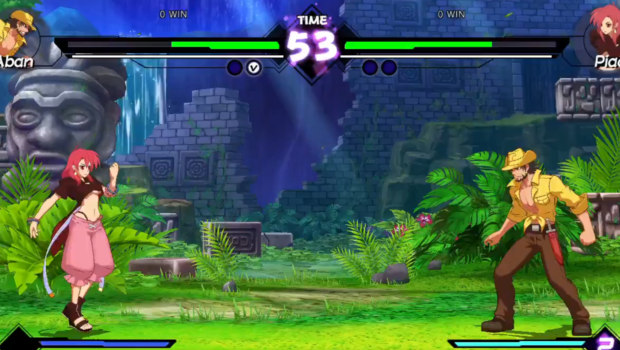 Got the free #BladeStrangers update? Aban from #1001Spikes is now a playable character! #NintendoSwitch #PS4 pic.twitter.com/1kVG5ScR4P

Aban, protagonist of 1001 Spikes, is bringing the hazard environments of his platforming title to use against his opponents giving him an interesting trap style against his adversaries.

Piaa from Doki Doki Poyacchio is in the free #BladeStrangers update. Get it now on #NintendoSwitch and #PS4 pic.twitter.com/slri0vnbmm

Piaa, originally from a very rare JRPG that dates back to the first PlayStation console,  seems to have a mix up of long range, anti-air, and up close attacks at her disposal.

Blade Strangers is now available on Nintendo Switch, PC via Steam, and PlayStation 4.