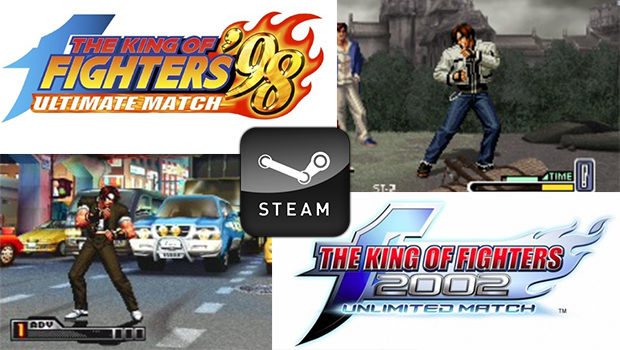 Ever since the release of King of Fighters XIII Steam Edition, rumors had been going around of the possible release of both King of Fighters 2002 and 98 UM possibly coming to steam stores. Almost a year later, we  finally have something concrete with a release being planned some time around November(98) and December(2002) of this year.

Many are predicting that KOF 98 UM will be getting the Final Edition version released on NESiCAxLive an arcade port that released back in 2010. Over the years, the UM series has been ported across several consoles which included the Xbox 360 as well.

Unfortunately the netcode was considered moderate and many argued it unplayable so there is hope that the steam release will have a better netcode then its’ predecessor.

KOF 98 UM is regarded as the best game in the series of the iconic fighting game with claims of being the most balanced fighter in the franchise. KOF 2002 UM holds the record for having the biggest cast in the series coming in at 60 characters to choose from while also making a great deal of changes to cast.

If you’ve just recently been introduced to KOF XIII, then I definitely recommend the purchase of at least one of these titles as it will introduce you to a great deal of stand out characters that did not make it into the latest offering.