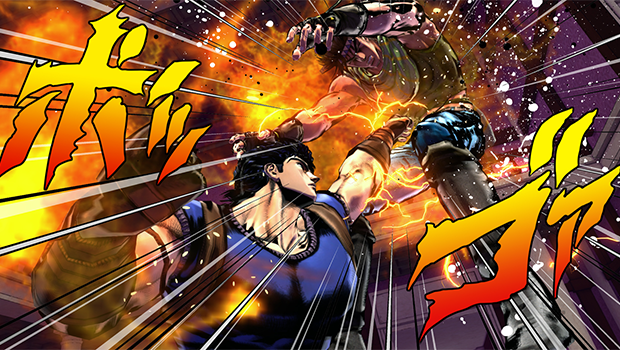 Namco Bandai is bringing the anime to western shores next year with a lineup of popular titles that have been on our radar for some time.

Apart from the popular Naruto Ultimate Ninja Storm Series (Spoilers) releasing in February this year, Namco Bandai has announced two other titles that will also be available in 2016.

The 3 vs 3  arena fighter based on the the popular One Piece franchise was developed by Spike ChunSoft creators of J-Stars Victory Vs. and should be a welcome entry for any fan of the anime as it features a ton of characters from the series. OPBB will be coming to the PS4, PSVita, XB1, and PC. Release date TBA.

Another arena style fighter, JJBAEOH will have 2 vs 2 assist style gameplay featuring popular characters from the series. The title will be releasing sometime in the Summer of 2016 on the Playstation 4.