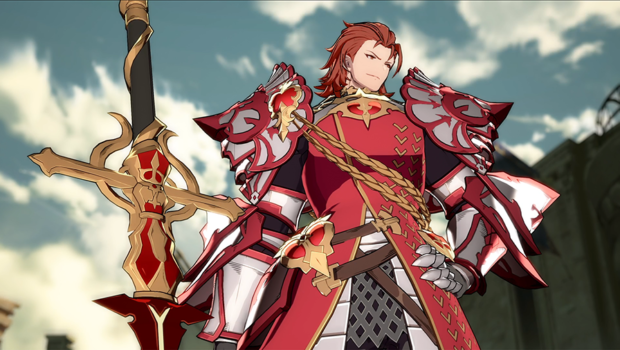 A new trailer has arrived for Granblue Fantasy: Versus unveiling a new cast mate:

Affectionately know as the lord of flames, Percival was instructed under the same tutelage as Lancelot within the order of knights.  His overall design certainly makes for nice eye candy as the trailer gives you a glimpse of his abilities which looks to include a dragon punch of some sort and a guard crushing attack within his tool set.

We are certainly excited to see this brand new addition to a now confirmed 8 character roster and are wondering what the final count will be for GBVS’s official launch day.

The title, developed by Arc System Works, is slated to release later this year on the PlayStation 4. Chances are a release date may be coming sooner than later as EVO 2019 approaches so we will keep our eyes open for any news that may break from this upcoming event.