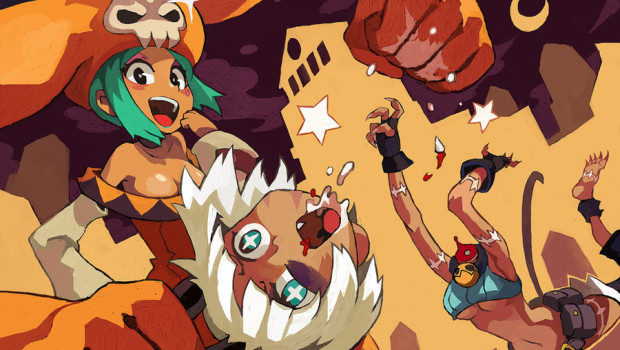 SRK is reporting that lead programmer Mike Zailmont(Mike Z) has divulged some new information for the future of Skullgirls on console. Recently, the publisher of  Skullgirls Autumn Games parted ways with Konami most likely due to the legal issues the two publishers have been caught in earlier this year making Autumn Games the owner of the Skullgirls figthing game.

As a result,  Konami has requested that Skullgirls be removed from both Playstation Network(effective December 17)  and Xbox Live Arcade(effective December 31).  Apparently developer Lab Zero was unaware of the request and have been scrambling ever since to get their latest build of Skullgirls submitted to the Playstation Network before the December 17 deadline. If all goes well and they pass the Quality Assurance(Games Testing), there will be a new build with the newest character Squigly added to the lineup.  If it doesn’t pass the QA by December 17th  then Sony, who will be going on Holiday break, will take down Skullgirls and it will most likely be back up within the beginning of next year!

The announcement can be seen at the 7:18 mark.

For those who are already owners of the Playstation version, Mike Z states that Sony is unsure as to whether you will still be able to play online citing that this has happened to other games before but never for a game that has been online. He is also unsure about it being available for the folks outside of the United States except for Japan who has a different publisher for Skullgirls.  Mike Z has only had contact with the US representative of Sony Playstation, who got in touch with the developers, and not with the others saying there are three representatives total.

As far Xbox Live Arcade goes, Marvelous AQL, Skullgirls publisher for the PC version, were scheduled to take over publishing rights for the Xbox version on the December 31 deadline the date that Konami ironically requested the game be removed. As of now, the publisher is working on getting the new build tested and approved before the deadline.

So, to sum it all up, worst case scenario Skullgirls will not be available for download after the respective deadlines but there will be no game removal for those who already own the game. The bright side may be that a new build of  Skullgirls will finally make its’ way over to console so lets hope it makes it!  FGO will continue to monitor the situation should any changes occur within the coming weeks.