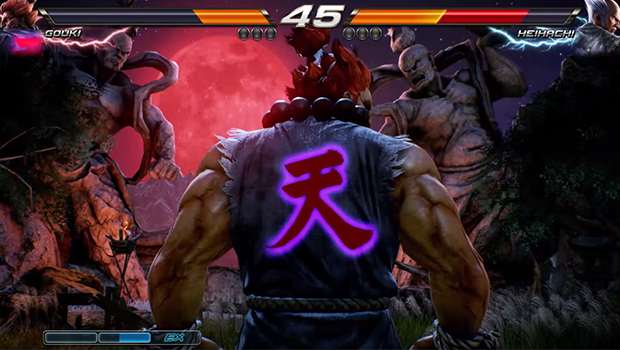 At the closing of Red Bull Battle Grounds, the CPT North America Final Event, Ono took to the stage to reveal a certain someone who may just be playable during the Playstation Experience for Street Fighter V!!

The trailer showed the back of what many suspected to be none other than the evil hadou master himself, Akuma!! “Playable at the Playstation Experience” followed the reveal which only leads us to one conclusion…Akuma will be there.

The Playstation Experience also falls within the same weekend of Capcom Cup 2016 so there is sure to be more excitement to come as we await the coming weeks to see what Capcom has in store!!