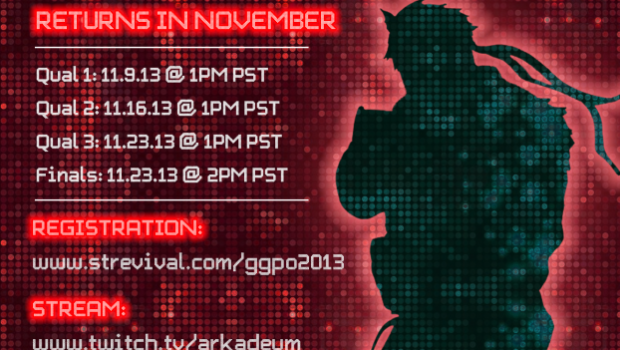 Probably the most consistent online fighting game tournament around, King of GGPO is back starting today at 1PM PST, 4PM EST toady!!   This Super Street Fighter 2 Turbo tournament is hosted by Super Turbo Revival and will be running until November 23.   The competition, which should be taking place right now, will have 3 qualifiers with the last qualifier including the Finals.  The tournament is opened to anyone who wants to test their skills but you must be able to meet certain connection and region requirements in order to compete.

If you are interested in getting in on the action head over to ST Revival to find out the requirements and register to take part in the tournament. If you’ve never used the GGPO application to play SSF2T online, you can head over to our page for more info.  Just note that FGO does not provide any game roms and you will have to obtain those on your own.

The matches will be streamed here if you’re interested in watching.

*If the ST Revial page doesn’t load, you can check Shoryuken’s site for rules and other info.*