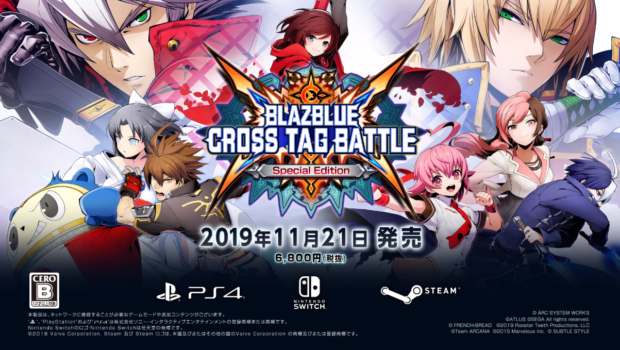 Though the trailer is only in Japanese at the moment, we can surmise that this special edition of BlazBlue Cross Tag Battle is in fact a full game release that will feature all the current DLC characters in addition to the 9 recently introduced cast mates who will also be available for the 2.0 update.

The end of the trailer revealed this special edition will retail around 6,800 yen which averages out to $60 dollars here in the states so based on this we believe this new edition will most likely retail around $50-$60 when it arrives state side.

The special edition will release on the same day as the 2.0 update which will be November 21st across all available platforms though we have no indication of a physical format for the title.  It would seem patience is being rewarded for late adopters as they will be able to enjoy a 50+ roster  on day one of the official update.

BlazBlue Cross Tag Battle is now available on the Nintendo Switch, PlayStation 4, and PC via Steam.