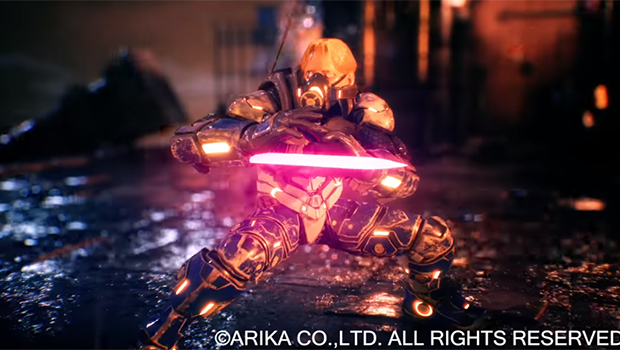 As many anticipated, Arika has unveiled another returning cast member of the original Street Fighter EX characters for Tokyo Game Show in a new teaser trailer:

Doctrine Dark is making his return to Arika’s latest fighting game title and has definitely gotten the current gen upgrade as his signature hidden blades now look to have a light saber effect while he is dressed head to toe in metallic body armor.

Doctrine Dark is certainly a favorite of ours as his capture and set up style gameplay made him a joy to play with in Street Fighter EX.