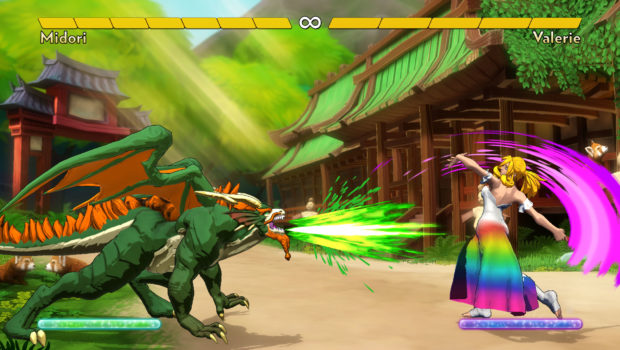 Brought to you by one of the minds behind Street Fighter II HD Remix, Fantasy Strike uses simple inputs in an attempt to make you focus less on the execution and more on the elements of game play. Stand out features of this title includes the highly praised GGPO netcode, Yomi counter, a mechanic that let’s you take a huge gamble completely relinquishing control to counter  a potential throw from your opponent, and in-game display details that range from an accurate health gauge, to color effects on cast members that identify hidden advantages like start-up invincibility.

The official release date for this title, which has been in early access for some time on PC via Steam, will be next month on July 25 as it arrives on the PlayStation 4, Nintendo Switch, and the PC!! For those who are interested in learning more about Fantasy Strike and its development, you can check out our First Look which we’ve added below: