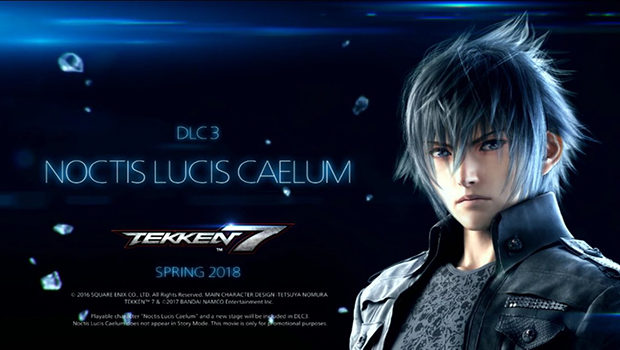 Noctis, the main hero of Final Fantasy XV, has been confirmed as the 2nd guest character for Tekken 7 and will be available some time in spring of next year!! Noctis’s ability to spawn several weapons and teleport through them seems to be well represented in his move sets making him both a unique and potentially fun addition to Tekken 7.