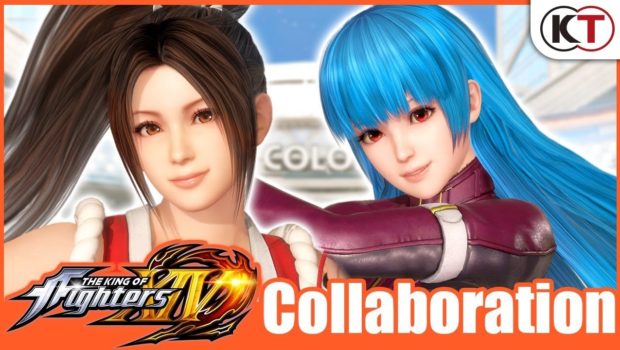 As promised, Team Ninja revealed the second King Of Fighters XIV character at the same time unveiling the return of Mai Shiranui in their latest Dead Of Alive 6 trailer:

Mai, who first made her guest appearance in Dead Or Alive 5 Last Round, is making her return for the current generation and is looking fantastic as always. Teased earlier this year, Kula Diamond, first introduced in the King Of Fighters 2000, has also joined the roster as a guest King Of Fighters compatriot bringing with her many of her signature moves which includes her slider shoot attack and, surprisingly, her unforgettable jump C which is a monster to deal with in The King Of Fighters series.

Both Mai and Kula will arrive as season pass 1 DLC along with 5 costumes each on June 18th. We do believe players will also be able to grab them separately but do not have a definitive answer on the cost of each character at this time. We are certainly happy to see Team Ninja take such a shine to the King Of Fighters IP, and hope that this relationship moves forward as we would love to see more characters make their way over to the Dead Or Alive universe in the future!!

Dead Or Alive 6 is now available on the PlayStation 4, Xbox One, and PC via Steam. A free to play version titled core fighters is also available for those who are curious about what this fighting game title has to offer.