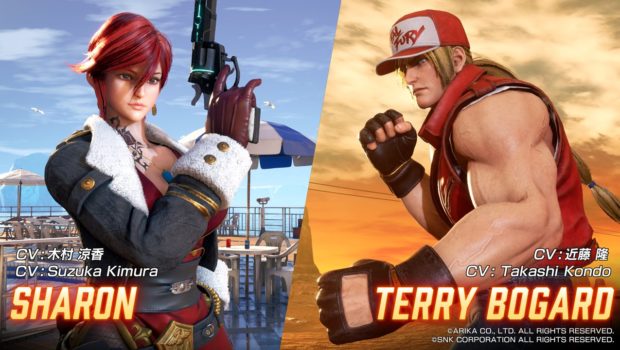 As promised, Arika has unveiled the release date for their new DLC and with it came a surprise:

Sharon, who was introduced in Street Fighter EX 2, seems to be a balanced character who utilizes her gun for projectiles allowing her use on both air and ground. Terry, a guest character who is best known as the main protagonist from the Fatal Fury series, looks to be functioning similar to his King Of Fighters XIV version where we see moves like his popular power dunk acting as a super move rather than a special one.

Both characters will be available as DLC in a new update on March 26th(25th on Steam) with Sharon coming in as free DLC and Terry becoming the first paid DLC character retailing @ $4.99. Arika has put up some match footage featuring the incoming characters on their YouTube channel so we recommend you check it out to really see them in action.

Fighting EX Layer recently received an official price drop and is now $39.99 available on the PlayStation 4 and PC via Steam. You can check out our official page for additional details.