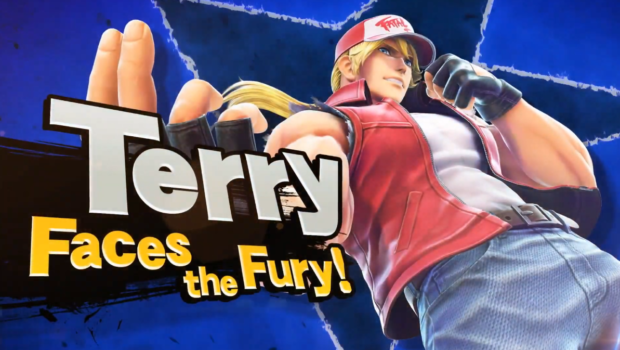 During a special Nintendo direct, a new trailer revealed the next character DLC for Super Smash Bros. Ultimate:

Many knew about an SNK character possibly being revealed as the next DLC when Nintendo UK leaked a challenger pack 4 description that had the companies copyright underneath it. As many anticipated, today’s direct gave us all the answer we were waiting for and it comes as now surprise that it is the Fatal Fury protagonist that started SNK’s long line of fighting games, Terry Bogard.

Terry’s entry into Smash Bros. now makes this is second guest appearance in as he can also be found in Fighting EX Layer. Sakurai only gave us a short glimpse of the character in action which definitely leaves us wanting to know more as we await his release in November.

Smash Bros. Ultimate is now available on the Nintendo Switch.